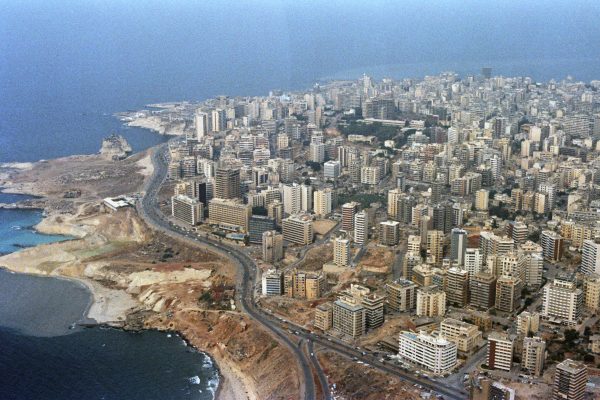 I am sitting in my hotel room in a lovely suburb of Beirut; for the past 24 hours I have heard sirens almost nonstop. Three bombings in 6 days; one in eastern Lebanon on Friday and then two, in Beirut, in 36 hours. A car bomb went off two blocks from the office I work in late Monday night/Tuesday morning and they arrested a dozen ISIS members in Hamra, one of my favorite neighborhoods in Beirut. It is breaking my heart to see Lebanon crippled under the weight of over a million Syrian refugees, bracing for floods of Iraqi refugees and waves of this insurgent violence that seems to be mushrooming here. It’s growing tense here. I will be leaving tonight with a heavy heart, a sense of personal relief, and deep concern for the violence that seems to be spreading so quickly in the Middle East.

Earlier today, as I joined colleagues to acknowledge the UN’s Day against torture (June 26th), and the powerful and courageous work of a colleague here, one of the explosions occurred in the next neighborhood over. I watched my Lebanese colleagues begin to frantically make and receive phone calls, checking on loved ones, being checked on themselves. The news is everywhere; these recent bombings retribution to Hezbollah for their involvement in Syria. Sunni vs Shia. My friends here say that the extremist groups “want to bring the message to Lebanon”.

A few evenings ago, I took a brief swim between work and dinner, and a lovely little girl (about 7) was playing, alone, in the pool. She smiled and approached me so I asked her name, and she willingly engaged. I learned that she was Syrian; that her Father was still in Damascus because he had work there and had to keep earning money; that her mother was “tired from all the fighting from the war” and was taking a nap in their room. She said she spent a lot of time, alone, in the pool.

When I was her age, I was never allowed to swim, unattended. There were hotel staff at the bar nearby, and one clearly was watching her, but she was playing alone in an adult pool.

This may be a cultural thing, and I have no judgment about it. But from my worldview, that a Mother is so tired she has to send her daughter to a pool is a simple reality of the consequences of war. It’s so easy to turn off the T.V., play golf, order a latte, walk the dog, go shopping. It can’t be easy to leave a little girl alone, in water well over her head, because the non-stop violence and brutality that you have been marinating in for years has exhausted you.

I attended a support group for adolescent age girls who are living outside Tripoli, in Northern Lebanon, about 50 kilometers from Homs, Syria. The facilitator is brilliant and very skilled, and because these girls and their families (if they still have one) are living in a seemingly eternal limbo, not yet resettled and not able to go home for the foreseeable future, this is not an in-depth processing therapy group. Its an activities and discussion/sharing-based support group, to offer the young women a little hope. One of the activities was to “draw a place that feels safe”. They did this in pairs, first sharing a little bit about this place with their partner. One pair shared a picture of a large hill. Underneath the hill was a shelter, furnished like a living room in a home. It looked inviting. Above the hill, rockets were falling from the sky and landing on the hill. When they shared the story of their drawing, one girl broke down, and said: “This is the only place I feel safe. I am not safe here in Lebanon because they do not want us. This is not my home. I am much safer in this shelter my father built, because it is my home.”

I have some precious friends here who I grow more concerned for; its awful to witness the escalating violence, and the pain and stress that of course increases daily for those living their lives here. These are lives just like yours or mine; lives lived by people who love other people, enjoy walks in the forest or along the beach, share their own form of prayer…..Yala.

Later, a moment to dwell. I walked through some of my favorite neighborhoods in Beirut. There are some old places here. I had a strange moment one night; sitting at the St Georges harbor, having dinner with friends, and some of the buildings were lit up in a purple hue. I suddenly felt myself at Sydney Harbor again—where I was barely two weeks ago! For a moment, I could not distinguish the geography of that moment—I not sure how else to express it. I was dwelling in the present tense of space, not place. The harbor was Beirut and Sydney and many other harbors, all at the same time.

Perhaps it was the purple lights; perhaps it’s the eternity of the ocean; perhaps its just pausing long enough to notice things that are the same, wherever we are.

The drive from Beirut to airport was strange. Usually, I am terrified of the drivers in Beirut; many cars seem to bullet down the highway, all going very fast. They cut one another off by a few inches without slowing down. Tonight, there are significantly fewer cars and I see my driver swerve many times to avoid any other vehicles we pass. I notice myself wondering if there is a car bomb in any of these vehicles. And when I catch myself thinking: “I wonder if the driver is also thinking about this; if that’s why he is voiding cars and sidewinding?” And then I think—what a strange thing to think about!

Twenty-four hours later, I am sitting on a bright white bench perfectly placed on a bright green lawn. I have been deposited by the airport shuttle driver at The Ethan Allen Inn, in Danbury, CT., a place I am familiar with from my childhood. Spent a few towns over. A bird sings cheerfully in the tree in front of me; it’s a warm, peaceful, sunny summer day in Connecticut. I remember them well—lazy, wandering days spent with friends at the local swimming hole or playing games in the many fields that were eventually replaced with surburbia. I am sitting at the convergence of so many realities—calm and peaceful; uncertain and frightened; my own childhood memories; old and new friends and colleagues I cherish in Lebanon. These worlds separated only by the surreality of air travel. It’s a strange place to dwell.