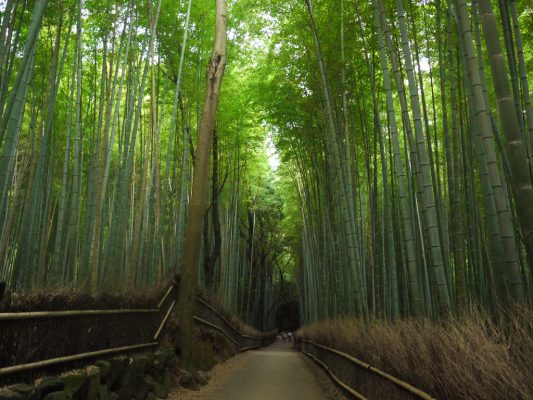 A newly made friend, who took my Radical Freedom Continuum Movement class in Tokyo in June, just arrived for a visit. Her welcome presence reminds me that I never finished my Japan blog; so here is an updated version, based on her sharing, this morning, of a lovely healing experience initiated by Santa Fe’s magical light. This is the same light that calls so many artists to this land. Before I moved here, I often visited here for replenishment and sanctuary. So without sharing details of her private journey, I will share that it is a lovely reminder of how restorative the land in New Mexico is.

I will share that her description of the light and movement of tree branches reminded me of the first time I traveled to Japan, in 1981, to study Haiku. Haiku has always been my favorite poetry form. I was in college at the time, and without knowing anyone other than a High School friend’s family (whom I stayed with), I ventured there to learn as much as I could about this seemingly simple, yet deeply complex, poetry form. I went to libraries all over the city and read as much poetry, and description and analysis, as I could. I sought out poets to learn from them. And, I wrote. Of all the poems I wrote, only one received praise from my then poetry teacher, who simply said “Yes. You got it. This is Haiku”.

The poem, which is about the moon, is long gone. It did get published in our college poetry journal, which I hope to find someday.

Other than this aspect of my experience, I was not crazy about Japan. It was super busy and crowded. People yelled at me, for Hiroshima and Nagasaki, on the subway. One man poked my breasts on the subway, mumbling something about American women. And when I saw a woman being beaten at a railway station, by a man, and I began to intervene; I was held back and told: “You can’t interfere. This is customary here; it’s ok for a man to discipline his wife”.

When I was invited to teach in Japan, I hesitantly agreed, mostly to cover for a colleague who couldn’t make the trip. I was more than pleasantly re-introduced to some of the magic of Japan, and now find myself longing to return. Having seen several Butoh performances, I experienced a visceral connection to the powerful, dark, and contemplative nature of this particular Japanese art. And having spent much of the past 30+ years since I was in Japan working in multiple contexts of violence across vast cultural spaces, I am better able to enter another cultural context with less judgment and more witness presence.

What I actually wish to share about Japan is my great amusement at their toilets. Yes, there was plenty of magic and sanctity: bamboo (my favorite plant and one that I believe can offer healing on so many levels), Butoh dance, ancient ocean water hot springs, Buddhist temples. But one of the things that truly amazed me is their innovation, as exemplified by their toilets.

Some of the features are:
Flushing sound
Bidet
Butt-washing (it had a nicer name, but I can’t remember it)
Drying

The first time I used one of these toilets, I pushed the “flushing sounds” button. The toilet made a flushing sound while it wasn’t flushing! I asked my class the purpose of this, and they giggled, and then stated that it was for making a flushing sound when you were too shy for others to hear your peeing. I then realized how extraordinary it is to be able to disguise any human elimination sounds that might emanate from a public bathroom stall. Brilliant.

I didn’t try any of the other buttons until my last day, because I was a little scared of them. By then, I figured I needed to at least try before I left the country.

I tried the bidet first, and fortunately, it turned itself off after a few moments. Then I tried the butt washing button, and it freaked me out. Not knowing how to make it stop, I stood up, and—the water began spraying all over the stall, and beyond it! I heard people yelp from the other side of the door and there was a bit of chaos and yelling. Apologizing, I sat back down and bore it until it stopped (which seemed like several minutes). Once the toilet calmed down, and I calmed down, I found the “off” button. I stayed in the stall until everyone else left the bathroom.

I didn’t tell anyone about the incident, and no-one in my class said anything, so perhaps none of them were there. What was interesting for me, because of my interest in the parallels between fractal geometry and intergenerational trauma, is that later that evening, when we visited the ancient ocean hot springs, I was bathing in the communal bath rooms, where you sit on a chair in your own stall without walls, and bathe yourself with a small hand held shower. I don’t really know what happened, but within a few minutes of beginning my bath, my hand held shower seemed to develop a mind of its own, and I suddenly heard a scream from a woman to my left. My hand held shower was spraying her!!!!! She was calmly using a bucket to rinse herself, and was suddenly doused by my shower water.

I am not suggesting that this was an example of intergenerational (or any) trauma; when I apologized in Japanese several times, she kindly laughed and resumed her bathing. I bemusedly pondered at the likelihood of my spraying people in Japan, twice in one day, with water gone wonky. This is where the inquiry into fractal geometry (i.e. a self replicating equation being a metaphor for how the Fx*$ did that happen twice in one day?!) comes into place. I was there to teach Continuum Movement which is the most fluid, watery movement practice I know. Continuum is an ongoing inquiry into water as connection, healing, and life. This is certainly something for me to contemplate: Having shown up to share a movement practice created from the restorative aspects of water, I actually caused some surprise—and even some startle—by spraying complete strangers with bath and toilet water.