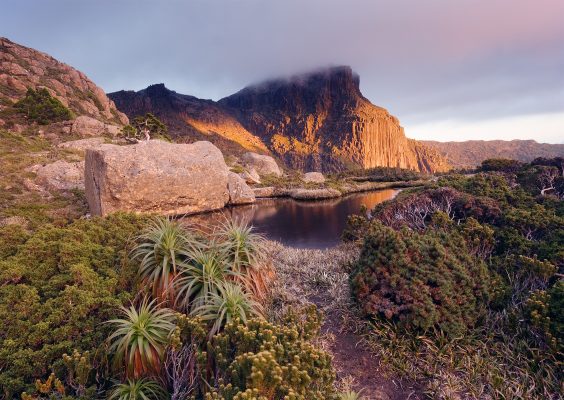 There are still places in this world where the sky is awash with stars. Tasmania is one of them. In this Australian island, just off this most ancient land, the night sky is aglow with the light that emanates from the space that still illuminates the death of these once bright cosmic bodies.

After guiding a Continuum Movement Depths Retreat, “At the Crossroads: The Serpents Dream”, outside Sydney; my husband and I traveled to Tasmania to visit a dear friend and to spend a week in the many places alive with raw and wild beauty that define this magical place.

Sydney, the most populated city in Australia, has far less people than New York City alone (#). I am not even sure all of Australia has as many people as New York City. I could look up facts about this, but I actually don’t care in this moment. What I am inspired to write about is how much we have lost, in human evolution and the subsequent development of “civilization”, of our connection to nature.

In Continuum, a movement practice and a life practice, we use sound and movement to engage with our own fluid body and nature. That we are 70% water, and the earth is 70% water, cannot be a mistake. It might be another mirror. The galaxies are also water blessed, and its possible that the movement, flow, and conductivity of water is an aspect of our planetary interconnectivity and holds potential for communication, restoration and healing. As humans, we often say “ we need each other.” Continuum Movement is a practice of breathing, moving and living this question of inter-connectivity and relatedness-between-everything, from the sea to the stars, and embodying the possibility of a sea full of stars.

In Continuum, we expand the concepts of interoception, exteroception, and proprioception: Bioception (our evolutionary, and current , connection to all things as expressed through the biomorphic movements that we engage with and become when we engage our fluid system); ecoception (our ability to connect to the natural world through our ability to express movement and communicate as wave motion, to be nourished and nourish our world and be reminded that we are not alone); Cosmoception (our lineage in the stars and galaxies; historical and future; the ultimate mirror).

Continuum Movement may be an antidote to the onslaught of technology, radiation, speed and crowding of our “modern” world. Continuum is where we interoceptively see the sky full of stars, no matter where we are, because we are seeing our own reflection everywhere.