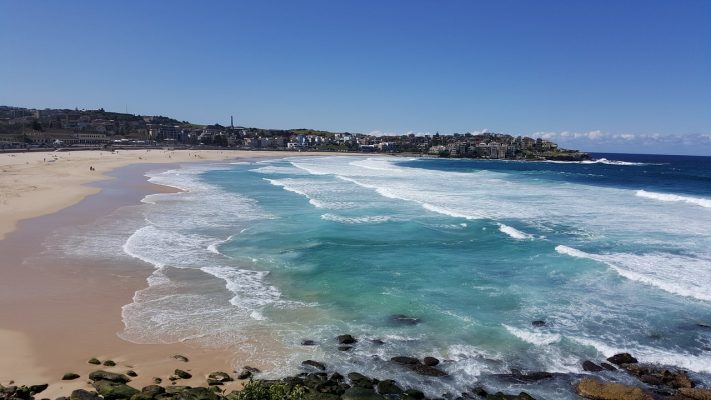 I’m finishing a two-week trip to Australia. I taught two classes here, and after a year long run with quarterly trips to my favorite country on earth, I am somewhat numb to the reality that, trauma workshop series complete, I won’t be back for a year, give or take.

Australia is under my skin. Every time I leave, I feel sad if I don’t know when I am returning. This is the saddest I’ve been, because changes in my professional life mean it will be quite some time, and a little harder, to spend the extended time I am accustomed to being here, 3-4 times a year.

A good friend and I were walking in Tasmania’s bush; a delightful wetland of rainforest, waterfalls and pools. Towards the end of the hike, we noticed a man with sophisticated camera equipment, walking very slowly, taking pictures of patches of earth. We passed him a few times in our back-and-forth between the waterfalls, and we began to talk to him. It turned out my friend knew his daughter and they shared several close friends or family members in their circles of people.

He was taking photos of lichen and fungi, one of his favorite pastimes for many years. I estimated him to be somewhere in his 70’s. He told us about the different fungi we had seen that day and we talked about all the places over the past 40 or so years he had photographed fungi and lichen, in these very forests. As our conversation turned to travel, he shared that he had covered every inch of Tasmania’s forests and bush-land, many times, and constantly discovered new terrain through his unique and passionate lens on plant-life. He has been to the mainland a few times, but other than that; has never left Australia. As he shared his journeys through native walks that my friend, a local, had never even heard of, his descriptions brimming with love for this land; I realized that he had journeyed farther and to wilder places than I have after seeing more than 80 countries. The long distance nature and fast pace of my lifestyle does not cover the ground, nor does it offer the opportunity to love and caress place with such detail to name, beauty, locale.

He knows each and every subject he has documented as image in intimate detail. Before we began our conversation with him, we observed him spending 10-15 minutes contemplating a small patch of earth before he took a photo. A true journey.

Aussie bus drivers are the nicest in the world. One of the very first times I visited Sydney, I was trying to catch a bus to a beach area. I went to the wrong stop, and because it was a quiet part of the day, the bus driver (who was actually just finishing his shift) said “Aw, come on love, hop on I’ll take you there.” He drove me right to the beach, a few blocks off his route, and after his working hours.

Last night, I went to Vivid in Sydney, near the rocks, alone and by bus. The driver of my first bus ride, who took me into the city, didn’t charge me because he realized I was alone and not familiar with the area. He took the time to point me in the direction I was going. When I went to take the bus home, I waited at the wrong end of the station, and when the bus pulled up, the driver patiently told me how to get to the other side of the station, and to wait on a parallel street. When I started down the wrong passageway, he pulled a bus full of passenger’s over and called to me. I walked back so he could patiently, again, tell me exactly where to go to get my bus. He watched while I found the correct path.

This level of consideration is simple, straightforward, and remarkably usual in OZ.

Vivid was amazing. Australia may be way ahead of the US in combining creativity with technology. The opera house was alight with dramatic moving palettes of color, image, and music accompanying each digital dance. Each museum was transformed into a display choreographed by the latest technology. Very Modern Art. I danced on circles that lit up as different colors, depending on how hard you landed on them. It was an invitation to jump, skip, leap, and hop. Children and adults alike we laughing, and lighting up the enclosure by hop-skotching and dancing from colored disk to colored disk. I have always believed that all cities, towns and villages should contain playgrounds for adults. The negative energies, moods, consequences of our modern stresses and speed might be transformed into playfulness, love and community by what Dr. Stephen Porges research eloquently calls “mobilization without fear,” a state of energized movement and interaction with others. Mainstreaming adult play could be an anecdote to stress many of us frequently endure, and perhaps a preventative to violence.